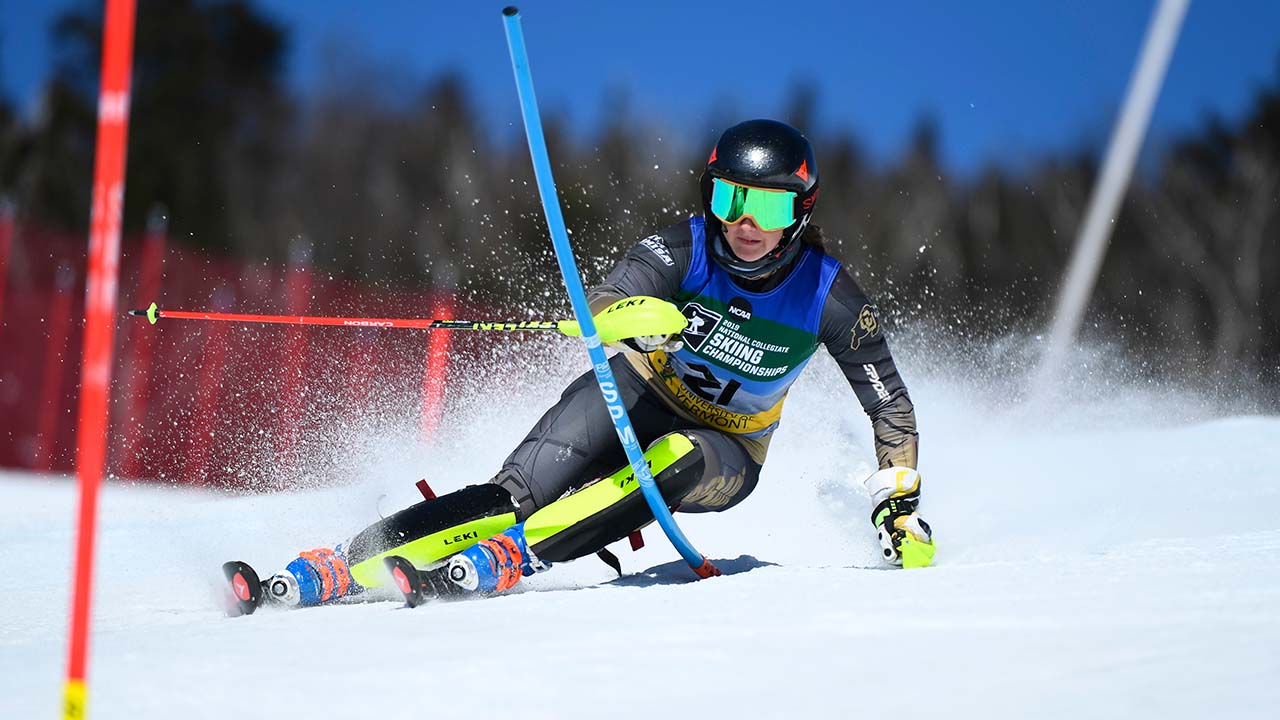 Alpine skier Mikaela Tommy is just finishing up her freshman year at the University of Colorado Boulder (CU). Not many freshmen are expected to be a leader, but Mikaela accepted the challenge without any hesitation and had an incredible 2019 season.

After missing the first two races of the year, Mikaela turned it on and became the Buffs first women’s alpine skier to win three straight giant slalom (GS) races. These also happened to be the first three titles of her career. From there, the freshman went on to win five more GS races, the most in CU history.

At the 2019 NCAA Skiing Championships, Mikaela finished fourth in the GS and third in the slalom, which earned her two First-Team All-America honors. She was also named First-Team by the Rocky Mountain Intercollegiate Ski Association.

Mikaela Tommy was honored with CU’s Outstanding Women’s Alpine Award and was named CU’s Female Freshman of the Year among all sports. Finally, Mikaela was ranked internationally as the 26th ranked giant slalom skier in the world during the 2019 calendar season. Not bad for a rookie college season!