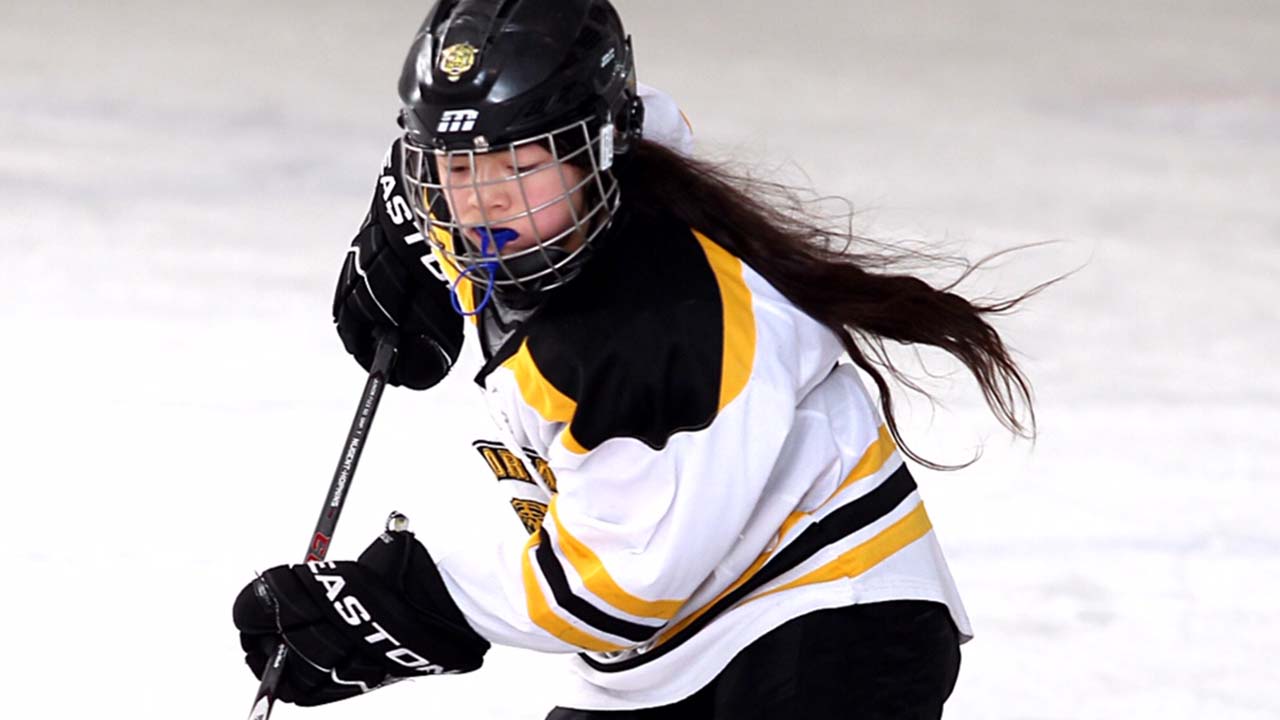 For girls who play ice hockey in Colorado and want to play in high school, that means trying out for the boys team. Which can be a huge challenge. But, not for defender MeiLan Haberl. Not only did MeiLan make the Air Academy team in Colorado Springs, she was a starter on the boys varsity.

After her prep career was over, MeiLan decided to take a gap year. An active, hockey-focused, gap year. In Vienna, Austria, where she added to her women’s hockey resume by playing for the Austrian National Team and the Vienna Sabres in the European Women’s Hockey League.

Her next stop was the Yale University women’s hockey team. Oh, we forgot to mention, MeiLan Haberl is a top student, too. Her coach at Air Academy marveled at how she balanced her athletic prowess with academic excellence. She was an Advanced Placement Scholar and scored a 34 on her ACT.