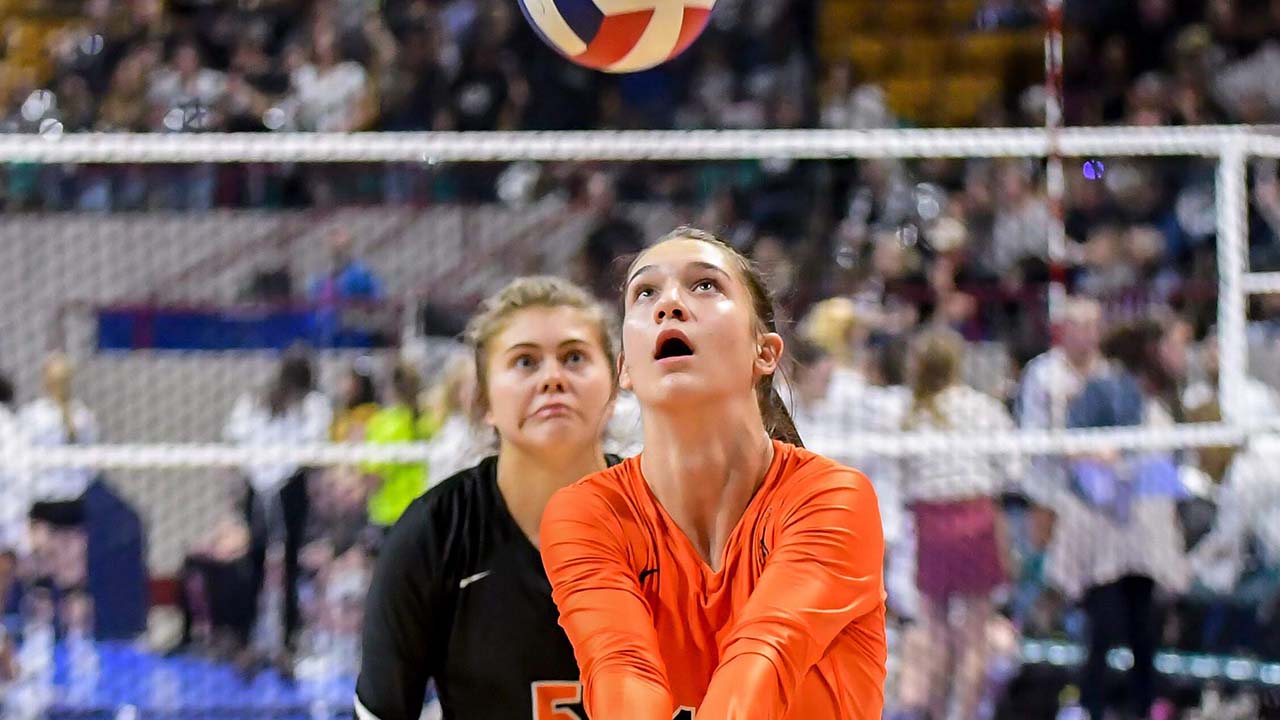 Lewis-Palmer High School volleyball player Gianna Bartalo wrapped up her prep career as the 2019 Colorado High School Activities Association (CHSAA) 4A player of the year. Gianna was a four-year starter for the Rangers and won the state championship all four years.

Her senior season was a record-setting success. She led the 4A classification with 7.3 digs per set and smashed the season record for digs. She also broke the school record for career aces. She was a prep volleyball All-American and was named to all of the Colorado All-State teams, including the Colorado Coaches of Girls Sports (CCGS).

Not surprisingly, her coach called her player of the year the unquestioned leader of the team. But, Gianna showed that her leadership skills go far beyond sports when she served as the student body president for Lewis-Palmer’s Student Council. Her principal said, “Gianna exudes a character and integrity unparalleled by most people.”

Gianna Bartalo’s continuing her volleyball career at the University of Denver.