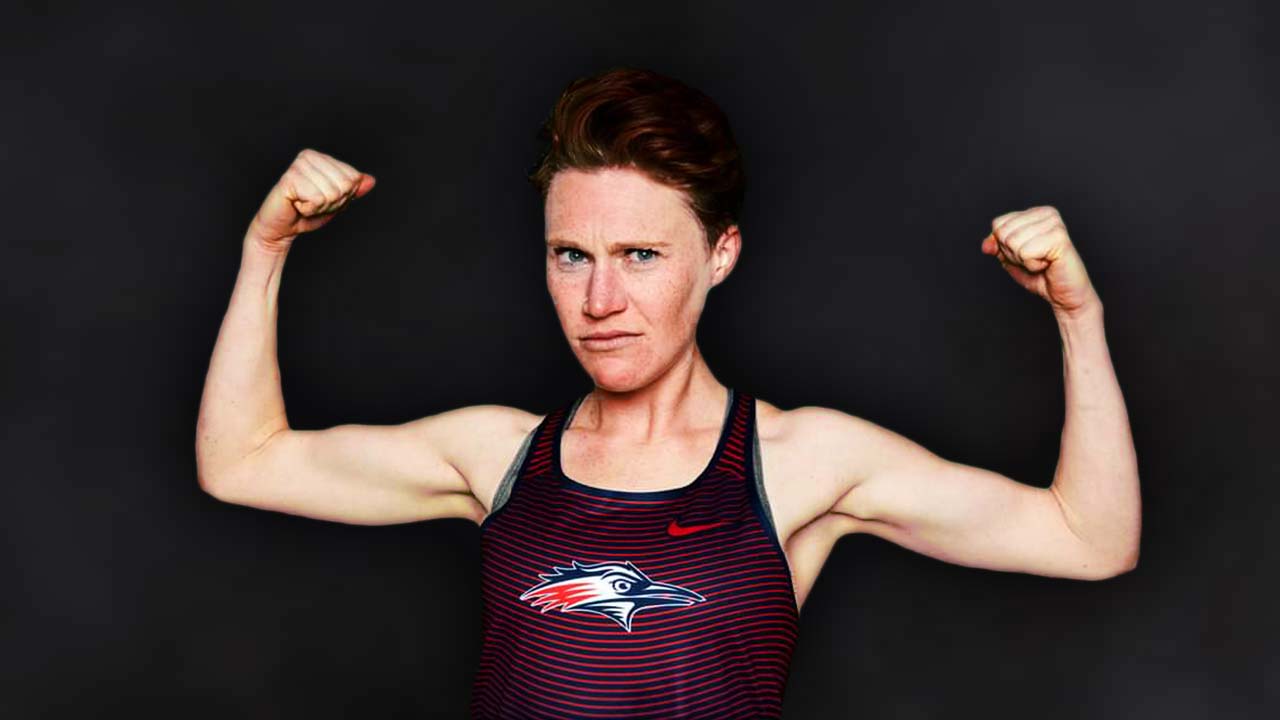 Runner Erin Norton arrived at Metropolitan State University of Denver (MSU Denver) as an All-American, with two degrees in hand. She graduated from Iowa State in just two years with her undergraduate degree in Political Science and she received her Masters of Environmental Management from Western Colorado University. At MSU Denver she’s pursing a certificate in geographic information systems.

But, by the time she joined the Roadrunners cross country team in the fall of 2020, she’d been out of competitive running for more than two years. Her father had been diagnosed with pancreatic cancer and she moved home to be with him. It wasn’t until a year after he’d passed away that she was ready to begin competing again.

Erin’s comeback was an instant success.  She ran her fastest times ever and finished second in her first race of the season. At the end of the year, she finished runner-up at the Rocky Mountain Athletic Conference (RMAC) championships which led the Roadrunners to third in the team race. On top of that, behind Erin Norton, the Roadrunners ended the season ranked fourth in the country!