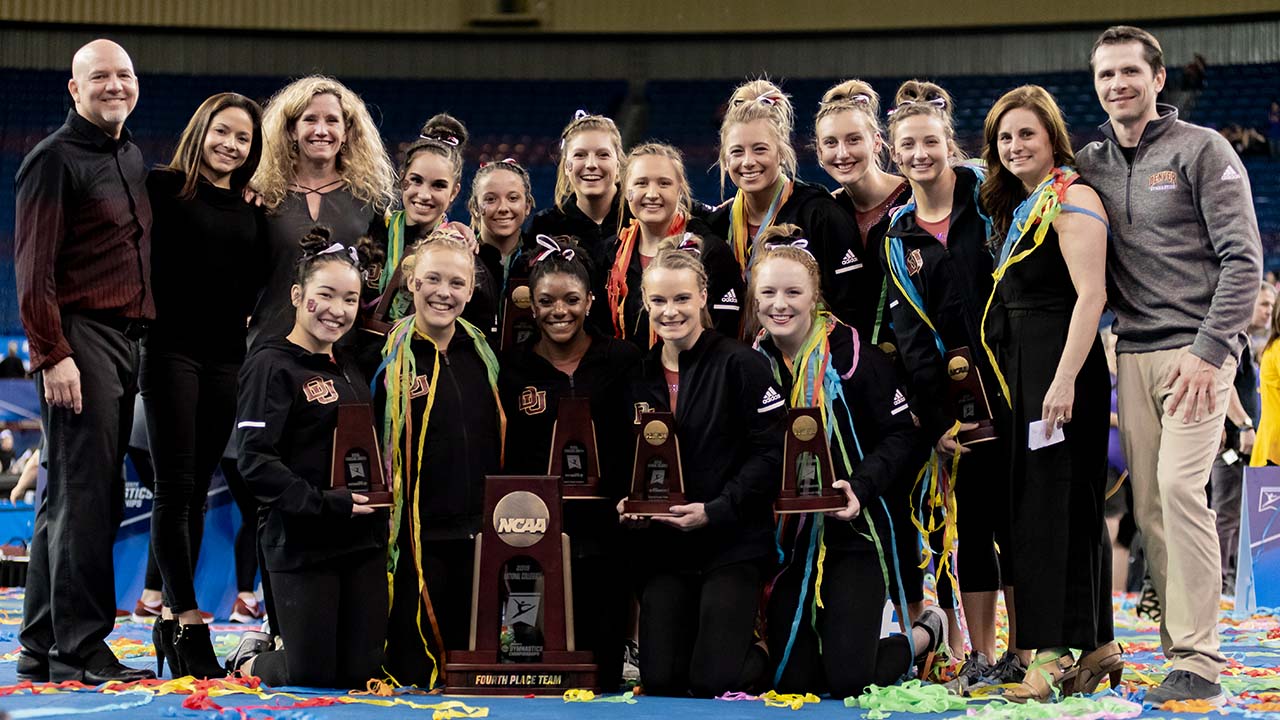 In 2019, the University of Denver (DU) Women’s Gymnastics Team was the most successful in school history. In the 2019 season, the team earned their first-ever victories over Florida and Alabama while also adding wins against Power 5 schools such as Georgia and Michigan. They secured the program’s first trip to the NCAA Team Final by winning DU’s first-ever NCAA Regional Championship.

The 13 student-athletes who competed at the NCAA Team Final finished fourth in the nation! Some individual performances deserve to be recognized as they were the routines that helped to secure the DU win. Sophomore Lynnzee Brown captured the NCAA championship on floor exercise, becoming DU’s second Division I individual national champion, and junior Maddie Karr was named the Region 2 Gymnast of the Year for the third year in a row, becoming DU’s very first Big 12 Conference All-Around Champion!

We also need to recognize DU Gymnastics Team coach Melissa Kutcher-Rinehart. She’s the one who coached her team to the top!